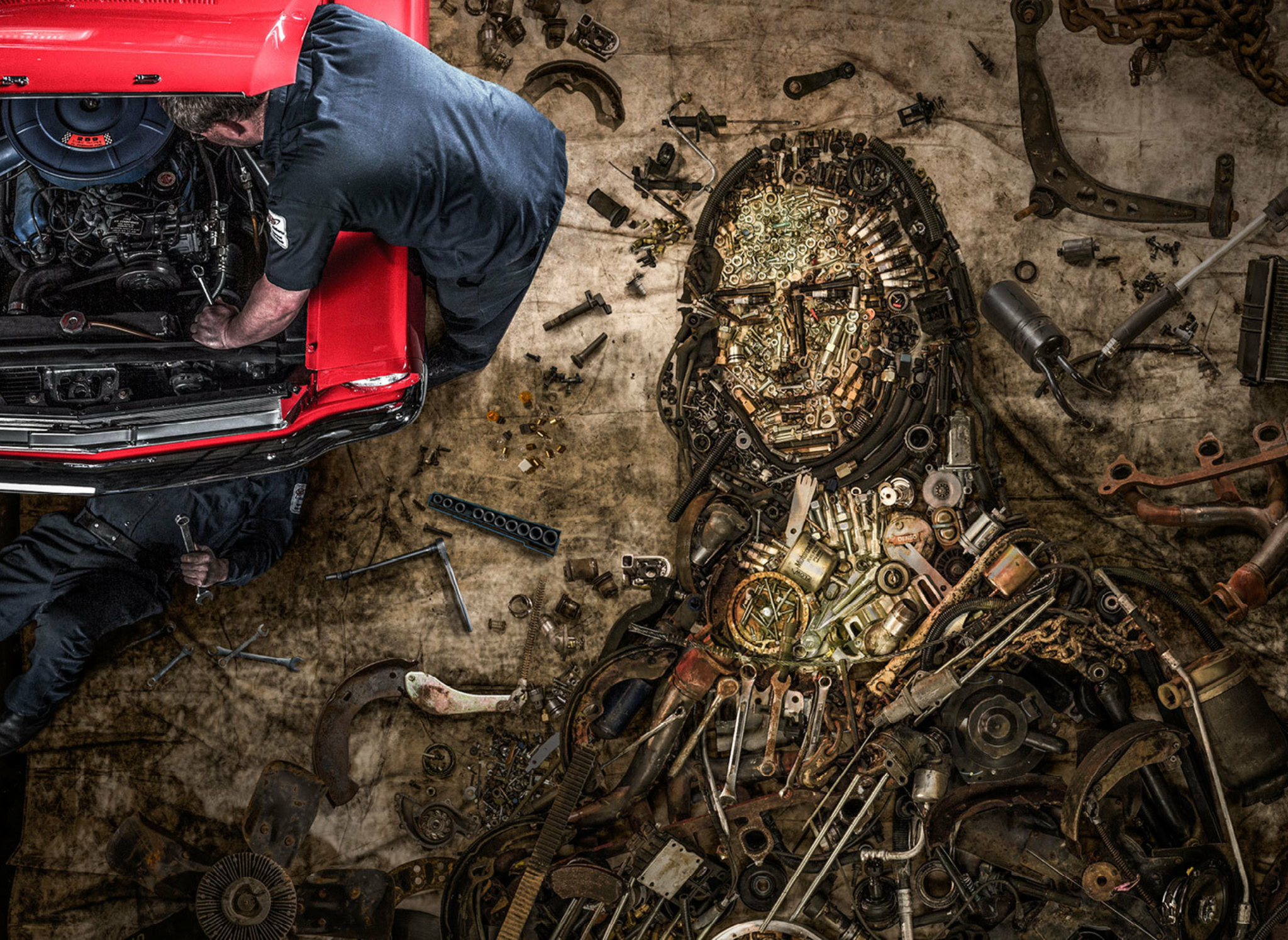 By aiming to capture the art and craft of auto repair, Jeff Williams’s ambitious image for Lewis’ Auto & Truck Services campaign is deemed one of the year's best by industry bible Communication Arts.

The winning image — part of an overall campaign entitled "The Art of Repair" — depicts two of Auto & Truck's service technicians hard at work on a '67 Candy Apple Red Ford Mustang, parts and tools strewn about them. As these elements approach the edge of the frame, they begin to serendipitously take on the shape of Leonardo da Vinci's master work.

“They proudly look at what they do as an art form," continues Till, "We wanted to capture the essence of that — their attention to detail and craft — with images that not only defied the expectations of the category, but were wholly arresting in and of themselves. ”

In addition to a coveted agency profile in CA earlier this year, this is the second consecutive year that Lewis has featured in the Photography Annual.

Communication Arts Photography Annual 56, the July/August Issue, is available for purchase at newsstands everywhere and as an in-app purchase at the iTunes store.