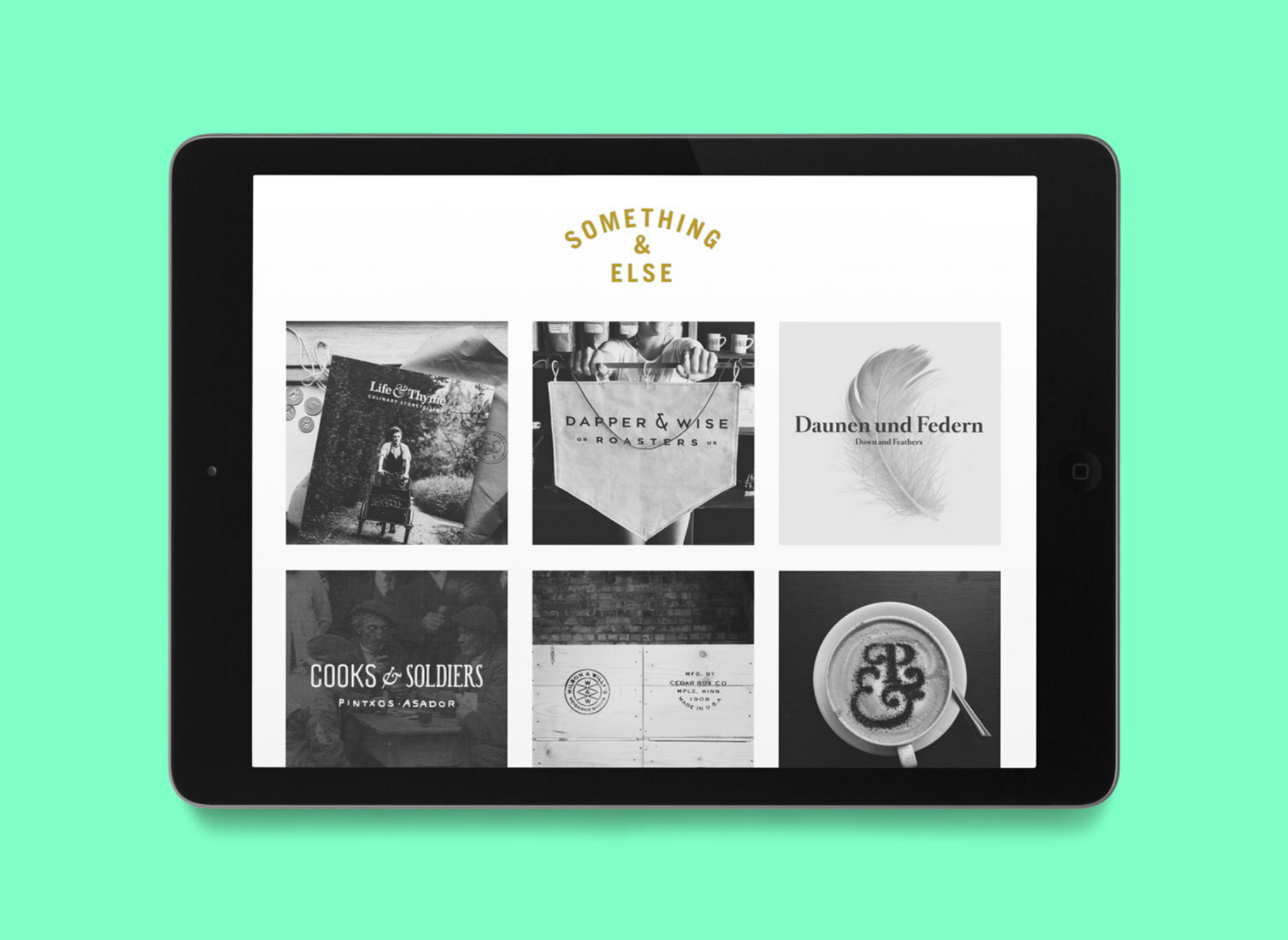 Lewis designers Cana Grooms and Andrew Thomson saw something and said something. With their “internet famous” site Something & Else, they document the best (and rest) of rampant amperbranding.

In April of 2014, Lewis designers Cana Grooms and Andrew Thomson noticed something. Or, more precisely, they noticed something & else — the current trend of companies and businesses with names that fit a ____&____ formula. Wood & Faulk. Wedge & Lever. Step & Grind. Flowers & Vintage. Et & Cetera. You get the picture. And just in case you don't, there's Something & Else, a Tumblr started by Grooms & Thomson that aims to document & showcase this curious phenomenon.

The use of the ampersands in naming is hardly new (see Arm & Hammer, Johnson & Johnson, et al.). Andrew thinks, maybe, it's exactly that old time convention that people are drawn to. “It creates a tone that suggests authenticity. I mean, names like that have been around forever. But in the last three or four years, everyone's naming everything that way.”

Cana suggested doing the Tumblr site. “Just for fun,” she explains. Says Andrew, “It's a little bit like collecting baseball cards. It becomes an obsession.”

“Where there's artisanal this and bespoke that, there will be ampersands.” — Cana Grooms

They began scouring Kinfolk magazine and other “hipster” publications and, as they soon discovered, ampersands travel in groups. “Where there's artisanal this and bespoke that, there will be ampersands,” says Cana. You’ll see them alongside flannel shirts, expensive coffee, birds on things, scarves, vinyl records, fixies, huge glasses, craft beer, irony, and beards, all of which are easy to make fun of. Something & Else aims to be good-natured though.“We’re just documenting the trend,” says Cana. “And a lot of people on Twitter have said it’s a good design study. Rightly or wrongly, they look at it for inspiration.”

After a plug from Aaron Draplin, design guru and creator of Field Notes, (he thinks it highlights an “#ampersandepidemic”), a retweet from Friends of Type, and a feature on the design blog Brand New, Something & Else garnered a bit of internet fame. Armin Vit, Brand New’s editor, even included Something & Else in his year-end review at the 2014 Brand New Conference (which you can watch below starting at the 08:51 mark.) “It was a complete surprise, getting that shout-out at Brand New,” says Andrew. But Cana insists that attention's not the intention. “Even if no one sees it,” she says,“It’s still fun for us.”

As the trend marches on with no end in sight, Thomson & Grooms' Something & Else will likely remain something of a touchstone for the laughably hip & charmingly old-timey.

Follow along and submit your own “&” finds at Something & Else on Tumblr.